A group of environment and media savvy students at Maeroa Intermediate in Hamilton are spreading their message about looking after Papatuanuku as far as they can.

Their short film, ‘A Difference’ was the winner of The Outlook for Someday People’s Choice Award in 2018 and went on to win the Reel Earth Environmental Film Festival Short Film competition this year.

The team has just finished their next short film, ‘For Mother Nature’, and are entering Keep New Zealand Beautiful Young Reporters for the Environment competition to help create behaviour change to reduce litter.

They also entered the photography competition under KNZB Young Reporters for the Environment competition, with their photo ‘Drowning’. This is a dramatic photo of young person sinking into a sea of plastic with the word ‘HELP’ before it is too late. 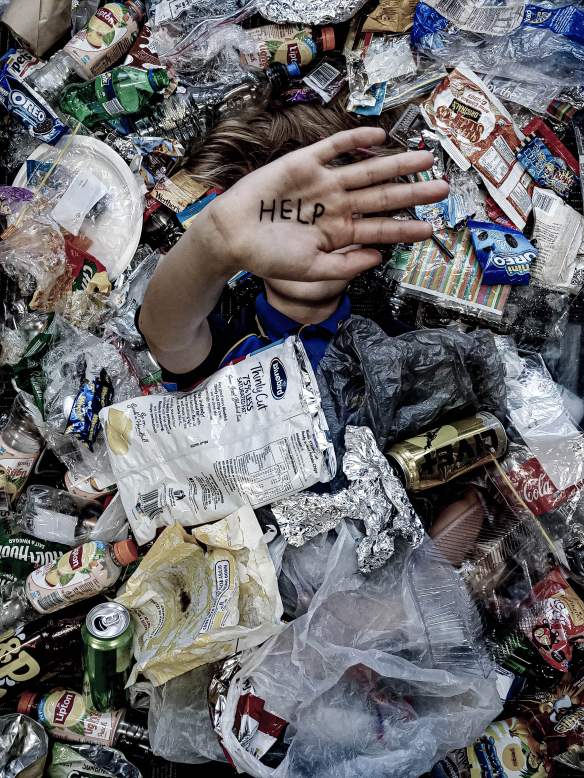 Teacher, Yubin Han has been making the most of opportunities like the Outlook for Someday film making workshops to help upskill her students in the art of storytelling. Students have also been drawing inspiration from the learning from the school’s inquiry focus on sustainability and the environment.

“Children know the challenges and obstacles of the environment. They also don’t want to just sit around, they want to actively do something about it. By creating films, students are able to share an important message, while developing skills in creating a film and acting. It is a long process where we face many challenges, but I love their passion and resilience for both the planet and filmmaking!” say Ms Han.