Be part of the Climate Change conversation! The Zero Carbon Act has been developed by Generation Zero: a nationwide, youth-led organisation with a vision to see Aotearoa New Zealand on the path to a thriving, zero carbon future.

They want  to help students, teachers, and schools to participate in the climate issues conversation! Our goal is to encourage schools to express that:

What is the Zero Carbon Act?
The Zero Carbon Act is Aotearoa’s best plan for climate change. The Act addresses long term climate issues through short- and long-term goals. For the Zero Carbon Act to effectively hold present and future governments accountable, everybody needs to unite under its vision. This means that cross-party support is incredibly important!

It’s worth noting that the UK’s 2008 Climate Change Act, which inspired the Zero Carbon Act, was supported by 463 out of 466 UK parliamentarians. We would love to see a similar margin in our own parliament.

How can Enviroschools get involved?

We have a few ideas about how Enviroschools can get involved, including

There’s plenty of room for schools to be creative with their consultation submissions and public support; photos and videos can go a long way! We’ve attached a few snapshots of our campaigners using the 0 symbol – the symbol of the Act – as a bit of inspiration; we’d love to talk to you further about involving students and schools the conversation. 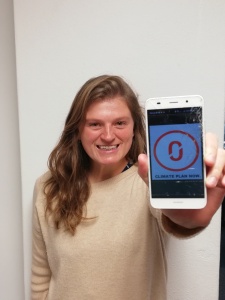 It’s important to note that the consultation period opens on the 31st of May, and runs for six weeks. Your support for the movement would send a powerful message to the government, and to the wider New Zealand public.

For more information please check out our website: http://zerocarbonact.nz

They would love to hear from you!!